Think about this for a second: when you are pulling yourself out of bed, trying to jumpstart your morning with a gallon of coffee before you drive off to work in bumper-to-bumper traffic, I’m tucked into bed sleeping s nice and comfortable bed.

See, I work midnights. So, while it’s true that I’m sleeping while you are headed to work, I’ve been working all night long while you have been sleeping. So we are even. Plus, I have to now try to sleep with a huge bright ball of fire in the sky shining light through my window directly onto my eyelids. And how did you sleep last night?

Working midnights isn’t easy. It feels like my whole day disappears before it even happens. I get home in the morning, and my family is already awake. When it’s my turn to go to sleep, I have no idea what to say – Goodnight? Good morning? Good sleep period for me but not you? So I go to sleep, and I wake up mid-afternoon, when it’s pretty much too late to do anything important. At least that’s what my lazy overworked brain tells me when I get up.

Being an Aspie probably doesn’t make things any easier. I’m acutely aware that my body doesn’t want to be awake at 3:25 am, but it’s my job… literally. Staying on my schedule helps a little, but on my days off am I supposed to stay up all night by myself while the rest of my family sleeps? 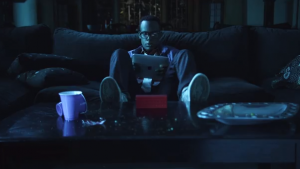 I may like being alone, but I also like spending time with my family. I know… weird, right?

And the worst part about this week is that work has been so busy, I feel like I’ve been beat up when I get home. So freakin’ tired, I swear. And then I see everyone else – fresh out of bed, relaxed and refreshed, ready to take on the world. And I can’t help but think to myself…

Posted in My Life

Nothing makes me more uncomfortable than hearing about someone else’s bad news. Most normal people have trouble with this also, but my reasons are particularly aspie-ish. It’s not the bad news itself that bothers me, it’s the fact that I have no idea how I’m supposed to react.

Probably not the best reaction.

I really don’t know what to say. I don’t want to brush the bombshell off like it’s nothing, but I also don’t want to dwell on the negatives and reinforce just how bad everything sucks for this person. So most of the time I just get socially paralyzed and try not to react at all, which makes me look wooden and heartless. The best case scenario is when someone else besides me is involved in the conversation, because then I can pretend I wasn’t listening and didn’t hear what’s going on.

Being oblivious comes off better than being rude.

Then, sometimes my Aspergers kicks in and I just don’t seem to care. It’s horrible to say, but it’s true – often, my first reaction is to figure out if and how the news will affect me. I may be self centered, but that comes with the Aspie territory.

A coworker of mine is currently going through some health problems. As he was explaining the situation to the rest of the staff on the shift, I found myself desperately trying to avoid eye contact, pretending to be heavily involved in my work. What am I supposed to say? I can’t console anybody. I’ll do more harm than good. The situation may involve him missing some time. My thoughts? “Man, this is going to make us short handed. We are going to have to bust some ass to get the work done.” I’m not joking; this guy is gravely ill, and I’m worried about how my work flow is going to change.

What the hell? What is wrong with me?

It gets worse – when he actually started to miss time, I started to get a little pissed off because work was so busy. I was resenting the guy because he had the nerve to get cancer and require chemotherapy sessions. 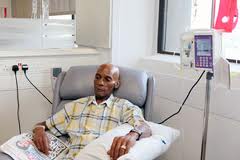 At least I’m self-aware enough to realize how disturbed and callous this is. That’s why I figure it’s better to keep my mouth shut than to tell him what’s on my mind. Still, I can’t deny that my first thoughts are how the situation affects me, as if that is the most important thing. But that’s the reality of having Aspergers – the whole world revolves around you, even when it doesn’t.

Fancy NOT Meeting You Here

A good rule of thumb concerning my social interactions is to assume that everything is extremely awkward unless otherwise specified. Today is no different.

Today I nearly ran into a co-worker of mine in the supemarket. I say “nearly” because he was literally two feet away from me at one point, only I didn’t notice him because I was busy trying to corral my crazy children and prevent them from running around and making a total mess of the place.

I honestly don’t know if he noticed me or not; I only realized it was him when he was walking away and facing the opposite direction. I considered myself lucky, though. I didn’t want to say hi anyway.

I hate that situation. I hate meeting someone that you know well from a certain setting, but meeting them in a completely different environment. It’s like running into someone from your church at the porno shop – it’s awkward, it’s strange, it doesn’t make any sense. For me, it’s escpecially difficult. As an Aspie, I find comfort in routines. This includes social interaction – I know what subjects I can talk about with certain people without seeming weird. When I’m at work with work people I can talk work things. But what do I talk about when I meet work people in the supermarket? Supermarket things?

“Did you see the endcap between aisles 6 and 7? Crazy deals, man.”

This gets even more difficult when I run into someone and I cannot remember where I know them from, even if my life depended on it. I end up trying to coax information out of them to figure out why the hell I know them. Meanwhile, they have a certain expectation of the conversation, which I am obviously and painfully failing to fill. Now you know why I consider myself lucky that I ducked my coworker.

Now, all I need to do is come up with some excuse why I didn’t say hi when I see him at work tomorrow.